Stacey to Lilly Diabetes: “Why not be a hero?” 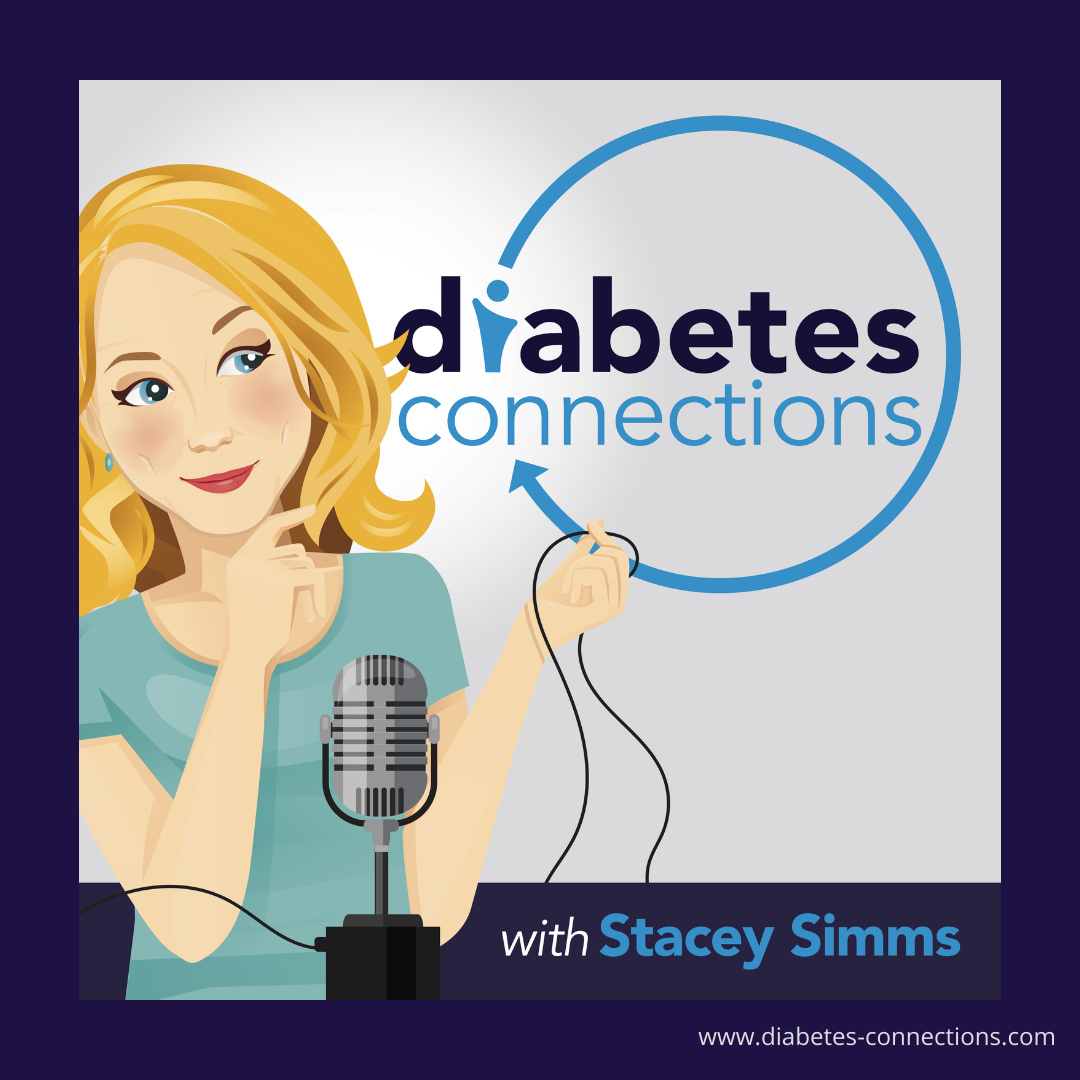 In mid-March, the folks at Eli Lilly held a conference call for diabetes writers, bloggers, and podcasters. The call was to talk about Lilly’s participation in the new Part D Senior Savings Model, as well as general updates about our insulin affordability programs.

After listening to some of the remarks, Stacey asked about the price of insulin and suggested a bold way forward. You can listen to what she asked, and the response here. Transcript is below.

Please note: there were many other advocates on the call – this excerpt only features Stacey’s question but she was not the only person pushing for change. In particular, Amy Tenderich of DiabetesMine was also vocal about lowering the price of insulin.

Hey everybody, welcome to diabetes connections. Although this isn’t really going to be show today. This episode is more like an audio excerpt. I’m Stacey Simms, of course, and we will have a regular episode with all of our usual segments dropping as soon as later today, or more likely tomorrow.

I debated putting this one out. The production quality isn’t exactly as it always is, because I’m doing a quick turnaround here. And it isn’t usually how we do things, but I think it’s important.

So here’s what happened on March 16, the folks at Eli Lilly held a conference call for diabetes writers and bloggers and podcasters. The press release said during the call, you’ll hear more details from Andy Vicari a leader on the Lilly diabetes insulin team about our participation in the new part D senior savings model as well as general updates about our insulin affordability program. grams. That was the PR quote, these calls are rarely groundbreaking. They do them sometimes they’ll put out a press release that says largely the same thing. But they do give you the chance to speak directly to the people who help mold the policy. And I do try to join when I can. I am so glad I did this time.

The PR team welcomed us and told us that in addition to the planned remarks, Mr. Vicari would speak to the company’s response to the Covid 19 situation. It became pretty clear though, that this really just meant he was going to go through the already published ways to get coupons and use the Lilly call center, you know, that kind of thing, which I will link up in the show notes along with other ways to try to get a break on insulin prices from all the manufacturers. If you’re a regular listener, frankly, it is the usual stuff as far as I know as of this date, which is March 30th 2020. Nothing substantially new has been announced.

It’s important to note and you’ll understand why when you hear the audio From the call that I’m going to play, when you hear my question, there have been no widespread reports of people not being able to get insulin. There isn’t a supply problem. I asked a little bit about that, because I had just been contacted by a woman whose local pharmacy wasn’t carrying what she needed. But that was a local situation, and as far as I know, has since been resolved.

When it became clear that they weren’t really doing anything new for what is an unprecedented world situation, a world health crisis, I decided to ask another question. I asked the folks at Lilly, why not? Why not do something very bold, very different and really show us what they stand for. And I want to play you that Please come back around at the end for an important announcement about what you can do to make your voice heard on this issue. Here is the unedited version of that portion of the call. The gentlemen answering my question is, as I said earlier, Andy Viacari, senior director, diabetes US insulin brand leader for Lilly:

All right, I’m going to ask this question and I understand it might not be a very popular one. But, again, looking ahead to as you said, there will be things in place for people who are, you know, losing their jobs who are poverty level, that sort of thing. In a time of really what is very much uncertainty, understanding that people with diabetes cannot live without insulin, as you know, why not be a hero in the space and say right now, that Lily will cut the price of insulin to one level to $35 to $25. Why not let people fill prescriptions for whatever they are written for from their physician for a price that while would obviously be very dramatic, very different, would help people around this country feel better about the one thing that they are? I can’t, I can’t. I’m not exaggerating this, you know what we are in this community all of the people on this call one thing that people are devastatingly worried about, there are already reports of people who don’t have insulin in their pharmacy. They’re very, very isolated. I have no idea what brand they are. But this is something that’s on the minds of everybody was type one diabetes and many people with other types. Why not consider something that dramatic, even if it’s temporary?

Yeah, appreciate the passion and and some of the frustration in the question, I think it’s important to acknowledge that, you know, what I can say from a human log standpoint. You know, similar to any other time, if we cut that price, could that disrupt the supply through our other supply channel partners that certainly we have contracts in place with them for a certain price so it would go beyond our ability just to cut that price. We would be having to negotiate with them. So certainly something that I think is feedback for us. I like the way you framed it. Why not? Maybe not the hero I think yourself and the folks that have any type of diabetes is the hero in this case, but we can play a significant role. What I what I will say is, we are constantly from a leadership standpoint, it’s not a an overstatement to say, Mike Mason in our executive committee is constantly looking at for things we can and should be doing this time. So while I can’t sit here and say it is something that has been considered and being planned, I think these conversations are further fuel for those types of interventions at a at a at an enterprise level. What could we be doing around this space? And it’s important that I’ll make sure that I continue to come back to my leadership, as we close this call and have those conversations What else could we be more vocal about? What else could we come out and announce to help people in this time and it may have all Just given the circumstances with the country and what’s happening. So what what I can’t promise you is that there’ll be an immediate reaction. But what I can say is we’re always looking at these things. And the steps that we’ve taken, the quickest way for us to do that would be with our authorized generics. Again, we have similar contracts the same contracts in place with our, with our wholesalers and with our pbms and payers, so we would have to be renegotiating with them, and they’d have to be okay with that. Now, you could argue that they they can and should be, it would be very difficult for them to say anything other than that’s a good idea, but I can’t comment for others in the supply chain. I know that’s perhaps not the exact answer that you’d like but it’s a it’s a real answer on we are always considering these other options. And by cutting our price just automatically, we would put at risk those folks that are stable on our products with just not getting covered by the P ends and payers that have us on today.

I do appreciate the answer. I just think that – just a bit of an editorial statement, you know, a crisis is a time to define what your company is all about and what an opportunity, I really hope you guys consider that and let the pbms and the others say no, I mean, let’s give them the chance to, to not step up to the plate. And let’s see what happens.

But do you think will Lily take any bold steps? I know most of you are skeptical, but you never know. And as I said that was an unedited portion of the call. There were other diabetes bloggers and writers on the call asking their own questions that hat tip to Amy Tenderich of diabetes mine for seconding. My thought and backing me up and and pushing ahead on that too.

But what can you do? Is there anything right now to take action on Patients for affordable drugs. A group we’ve talked to here on the show before, has put out a call for all three insulin manufacturers to lower their prices right now, in response to this health crisis. There’s a letter it is being released on Tuesday, March 31. I’ve signed it virtually, of course, and I would urge you to check it out and sign it as well. I’ll link it up in the show notes and I’ll share it on social media once it is live. Let’s keep pushing on this issue. It is in times like these, that companies truly show us what they’re about that big change can happen. And as Amy said on the call, that it’s a time for disruption. It The time is ripe. So make your voice heard. Let’s do what we can. I know a lot of you already, as I said are not optimistic, but we cannot give up.

Thank you for tuning in. Regular episodes are coming your way the next one will be out as soon as tomorrow. I’m Stacey Simms. Subscribe to the show on any free podcast app so you don’t miss out or just come back the way you found this audio excerpt. Thanks again for joining me

Diabetes Connections is a production of Stacey Simms media. All Rights Reserved all wrongs avenged.